Paray, Rasbora aprotaenia is an endemic fish whose distribution is limited in Java. Degradation of its habitat is fear to result in the extinction of this fish. The objective of this study was to reveal reproduction aspect of paray in some rivers originating in the Gunung Halimun National Park. The specimens that were used in this study were part of the specimens which were collected from S.Cikaniki, S.Cikancra, S.Citaradje, S.Cimadur dan S.Cisimeut. Aspects of the reproduction covering the description of the Level of Gonadal Maturity (TKG), the Index of Gonadal Maturity (IKG) and the Fecundity. The result of the study indicated that the pattern of growth of this fish was allometric positive, and the value of condition factor was relatively high ranging from 1.63 to 2.11. Index of Gonadal Maturity (IKG) was relatively high: 12.20 -22.46% for male, and 10.47 -13.48 % for female. Fecundity range 647-3512 eggs. The result of the regression analysis showed that there were significant correlation (P <0.05) between the ovary weight and the egg number, and between the Index of Gonadal Maturity (IKG) and fecundity of the fishes sampled  from the observed rivers.

Jurnal Iktiologi Indonesia (JII) has been re-accredited by Directorate General of Research and Development Strengthening (DGRDS), Ministry of Research, Technology and Higher Education of the Republic of Indonesia. No. 10/E/2019 which is valid for five years from April 2019 to March 2024. 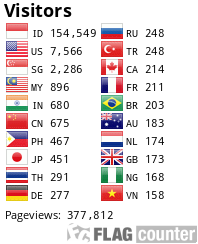